Ireland on a budgetVisit Ireland

What Is The Cheapest Month To Go To Ireland?

The cheapest month to go to Ireland is in January, particularly in the latter half. It is possible to get flights and accommodation for hundreds of pounds less than you would in peak season until early February.

Generally, the off-peak season in Ireland starts in November and ends in March. January to February are the coldest months in Ireland, making it far easier to pick up a last-minute booking at this time.

You are also less likely to witness many international tourists touching down in Éire (name of Ireland in the Irish language) at this time. You are far more likely to come across Irish tourists or tourists from elsewhere in the British Isles in the tourist districts of Ireland.

Several other months also hold money-saving benefits for holidaymakers. This article will highlight the cheapest months to travel to the Republic of Ireland, and you can refer to it as a handy reference guide. It will include flight prices, things to do, and accommodation ideas.

The Republic of Ireland can best be explored on a budget in late January, given that it is the cheapest month to visit the island. You can find cheap flights, hotels, and activities during the coldest period of the year.

It is possible to find International flights to Ireland for as low as €485 ($545) right up until early February. You can also attain flights from the U.K. relatively cheaply. A flight from Ireland’s cheap airline provider Ryanair to Dublin will unlikely exceed the €25 mark.

According to Skyscanner’s data, the three best months to book a flight to Ireland are September, October, and December.

January is often an unpopular month to travel to Ireland, given that temperatures fall between 4 and 7°C. It is partially the reason why flights can be found so cheap. Ireland boasts many merits, however, that make it a worthwhile place to visit in these cold conditions.

Pub culture dominates Ireland, and the best time of year to experience the warmth of an Irish pub is in the cold of winter. The fireplace, welcoming hospitality, and fresh Guinness will keep temperatures high.

Winter festivals dominate the calendar in late January in the Republic of Ireland. Notably, Ballincollig’s Winter Music Festival runs from the 23rd to the 27th of January. This festival showcases both contemporary and traditional Irish music.

Alternatively, Dublin hosts a Tradefest in late January, which is a must for lovers of traditional Irish music.

Relax Ireland features several accommodations if you want a winter retreat around the Ballincollig and greater County Cork area. You can find several properties ideal for January within the vicinity of the capital, like the Ardnagashel House a few miles from Bantry.

Early March is one of the cheapest times to travel to Ireland. Flights are generally more affordable since it is still winter and right before Ireland’s major celebration and world-famous holiday, St Patrick’s Day.

Early March will guarantee you a good deal on flight price if you’re flying from the U.S.A., Canada, and many other international locations. As long as you book a flight that falls at least a week before St Patrick’s Day on the 17th, you will secure a deal for pre-peak prices.

March is an exciting month to visit Ireland as you can still experience the warmth of winter mixed with a hint of spring and summer. Temperatures can rise well above 10°C, and you may catch some sunshine in between rain showers.

March is prime time to explore the city of Dublin’s outdoor attractions without the mass crowds that gather from April onwards. The attractions include Dublin Castle, Dublin Zoo, and Phoenix Park.

You may also feel brave enough to venture out to the Irish countryside if weather permits. The Cliffs of Moher, the Killarney National Park, and the Christchurch Cathedral won’t be as popular this time of year, giving you more space to appreciate them.

Visit the Republic of Ireland in late April for the best weather for a friendly price. Late April is a good time to travel to Ireland as it falls after St Patrick’s Day and Easter Sunday. It comes before the actual peak season of summer begins.

April is the time when Ireland is opening up to the world after a long winter. It is likely the first month of the season for many hotels, attractions, and venues. Multiple places often reduce the prices during this month to secure bookings and guarantee early-season business.

April may not be the cheapest for flight travel, but it is still significantly less than the average airfares for June, July, and August.

April brings slightly longer days and slightly warmer weather, enough to kick off the hiking season. Avid hikers descend on the Irish countryside at this time, participating in famed walks along the Ring of Kerry, the Antrim Coast, and the Wicklow Way.

September is among the cheapest months to travel to Ireland, with flight prices significantly lower than the yearly average. September is a prime month for travelling to Ireland as the temperature is still high. You may even get lucky and experience a heatwave.

Like most tourist destinations, Ireland experiences a slump in late summer. As the autumn descends in Ireland, you can find both affordable accommodation and affordable travel costs throughout September.

According to a study by Skyscanner, flights for Ireland bought in September, including last-minute bookings, are 7% cheaper than the yearly average. Few people are buying flights throughout September, meaning that it’s an excellent opportunity to pick up a bargain.

The main tourist attractions of Ireland tend to be a lot quieter throughout September. It allows you to enjoy Ireland’s top attractions at your own pace without being dragged along by the swarming crowds.

The Skellig Islands are a popular destination for this time of year. These two uninhabited islands are only open until the end of September, when fewer tourists are making the trip out. This schedule applies to a lot of other excursion experiences to other Irish isles.

September is also the prime time to taste the delights of the Irish sea itself. The Galway International Oyster and Seafood Festival takes place in the latter half of the month.

Avid seafood fans will want to stay around the Galway area at this time. Relax Ireland has plenty of accommodations within the locality, such as Galway Bay Sea View Apartments and Jameson Court Village Apartment.

Dublin itself also hosts several festivities throughout September, including the Dublin Fringe. The event is a must for any lovers of comedy, arts, and live performances.

Mid October appears to be a cheap period to fly out to Ireland from the U.K. Cheap flights to Dublin, Cork, Kerry, and Shannon are all well within budget for this pre-Halloween time frame.

Ireland’s discount flight provider Ryanair can provide flights for Dublin for under €22 and flights to Cork for under €12. Although the weather may be returning to typical Irish weather, it doesn’t mean a trip to Ireland in October will be any less fulfilling.

Cork is somewhat of a hub of activity throughout October. With flights so cheap to this southwestern city, it is worth making Cork your travel destination.

The Kinsale Gourmet Festival takes place in early-mid October. It is another must-attend for those who want to sample the best in Irish delicacies.

The Guinness Cork Jazz Festival usually kicks off around the 22nd of October. It is popular amongst music devotees and lovers of Ireland’s most famous draught beer.

Late November – early December is your last chance to grab a cheap holiday to Ireland. Ireland’s tourism particularly stagnates around late November, only to pick up again for Christmas.

You should buy an outward flight in late November and a return flight in early December to secure the best deal. Additionally, it will get you a slight taste for the Christmas magic. Cheap flights are attainable for November both internationally and throughout the British isles.

Although there may be a few events in late November, you can experience the calm before the storm. You get to witness a quieter side of Ireland that few tourists see and properly immerse yourself in the culture and customs of everyday Ireland.

The cheapest month to go to Ireland is in January. The post-Christmas slump mixed with the harsh climate of Ireland can deter tourists from travelling to the island at this time. However, you can also buy cheap flights for February – April and September – November.

If you want to keep your Irish excursion as cheap as possible, avoid the peak of June-August and instead opt for a month that falls in the shoulder season. April and September are ideal months for securing cheap travel fees as well as promising weather forecasts.

The Winter months of January, February, and November also have their positives, despite being cold. Plenty of festivities continue over these harsh months, and tourists can fully experience the warmth of the great Irish hospitality. No Irish vacation is complete without the best city-centre or countryside accommodation, both of which you can find on Relax Ireland. Have a browse through their selection of cosy properties and book your affordable Irish holiday today!

Ireland on a budget Visit Ireland No Comments 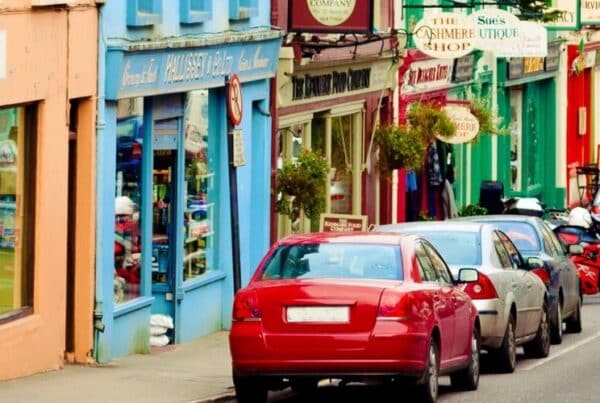 Do I need a car in Ireland? (BONUS: 5 Incredible places to visit with a car) 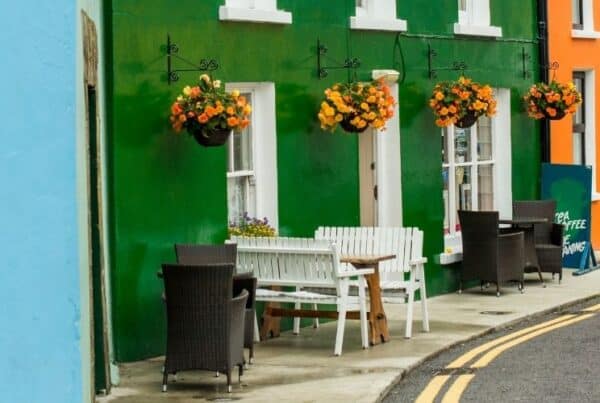 How Many Days Do You Need In Cork? (+3 Itinerary Ideas With Different Durations) 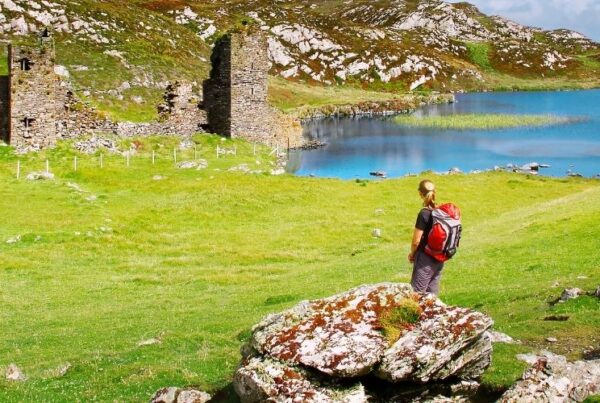 Is It Expensive To Visit Ireland?