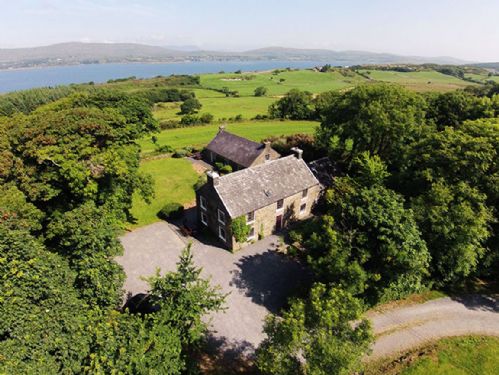 Carbery House 2, Durrus, West Cork with its gallery and bedroom under the sloping eaves this house is full of character.
Adjoining Carbery 1 to form an L and furnished with antique pitch pine the house has all the charm of a cottage.
Two-storey house.

Extras
The price includes bed linen, towels and all other household linen, as well as fuel for open fires.
Change of bed linen by request, not included in the price.
Electricity, oil heating and telephone are all on meters and not included in the price - payable to the caretaker on site on departure.
€ 100.00 security deposit to cover loss or damage, breakages etc. payable on arrival -
Due to the number of simultaneous departures, it will not be possible to cheek the houses at departure time, therefore the € 100.00 security will be refunded by post to the client if there is no loss or damage. -
On departure, the house, equipment and utensils must be left in a clean and tidy condition
No pets allowed
Cots, if required, to be booked in advance.
Occupancy per house higher than number of beds by prior arrangement only - Check-in between 4p.m. and 7p.m., Check-out 10a.m.

Mizen Head
Mizen Head’s Visitor Centre was developed by a local tourism co-operative at Ireland’s most south-westerly point.
They have a lease on the Irish Light Signal Station which was built in 1905 to protect shipping from the cliffs in fog.
It is a stunning location with its folded rocks and high cliffs.
Perfect location for some stunning pictures of our natural landscape and wildlife by the sea.
The Signal Station is on an island joined to the mainland by an arched bridge.

Lough Hyne-Skibbereen
This unique lake and its surrounds are home to a rich and varied range of plant and animal life, including many rare and beautiful species.
Since it was ‘discovered’ by marine biologists in 1886, it has become one of the most- studied marine sites of Europe. Lough Hyne situated 3 miles from Skibbereen in Co. Cork was designated Europe’s first Marine Nature Reserve in 1981.

Skibbereen Farmers Market
Every Saturday in Fairfield car park Skibbereen you will find traders selling their produce at this Farmers Market running since 2001.
The market is so diverse with everything from fresh local produce including fruit & vegetables, eggs, herbs, plants, breads, cakes, organic meat, fish and cheese available.
The farmers market also includes antiques, books, arts & crafts and bric-a-brac.
Well worth a visit with something everyone in the family will enjoy from food, arts & crafts or looking for a hidden treasure.

Skibbereen Heritage Centre
The Heritage Centre situated in the award winning, beautifully restored Old Gasworks Building, in Skibbereen, one of West Cork’s most picturesque towns.
The Great Famine Commemoration Exhibition
This exhibition commemorates the tragic period in the 1840s that is known in Irish History as the Great Hunger.
Skibbereen, along with many areas of the west, was very badly affected losing up to a third of its population to hunger, disease and emigration.

Whale Watching
24 species of the world's dolphins and whales have been recorded in Irish waters.
Over 12 cetacean species have been seen in the clear, unpolluted West Cork waters in recent years, making them one of the richest areas for whale and dolphin watching in Ireland.
Inke Whales arrive off our coast starting in March.
Fin Whales traditionally arrive in the late summer/early autumn.
Both species continue through to the early winter months, providing some spectacular opportunities to view these large marine mammals only a few kilometres from the coast if the sea conditions are suitable.
The less predictable Humpback Whales traditionally arrive during autumn months.

Bantry House
Bantry House & Garden is one of the finest historic houses in Ireland and commands one of the best views overlooking Bantry Bay in West Cork.
Bantry House has been open to the public since 1946. Bantry House is the ancestral home of the Earls of Bantry, still lived in by their descendant Egerton & Brigitte Shelswell-White, and their family.
The self-guided tour of the house with information sheets to help guide you through the wonderful collection of furniture, tapestries and objects d’art collected over time by Viscount Berehaven the son of Richard Berehaven the first Earl of Bantry.

Sheeps Head
Enjoy a visit to Sheep’s Head - it is a peaceful, unspoilt peninsula which has some of the most beautiful scenery in all of Ireland.
?Home to the mildest climate in Ireland due to its close proximity to the Gulf Stream daffodils can often be seen in bloom in January.

Castletownbere
Castletownbere is a busy fishing town located at the heart of the beautiful Beara Peninsula in County Cork at the foot of the Caha Mountains. Ireland's premier whitefish fishing port, it is one of the safest in the world and the second largest natural harbour with Sydney Australia being number one. In the summer months the Town Square holds a market were you can buy local produce, fresh fish, and products sold by local craft makers. Outside of the summer month the market is held on the first Thursday of the month.

Glengarriff
Glengarriff also know as the Natural Meeting Place is famed for its natural beauty. With its surrounding Caha mountain, ancient woodlands and sea views there is no where on earth like Glengarriff the perfect location to visit and feel rejuvenated. Glengarriff is situated between Bantry and Kenmare and has a variety of shops, pubs and restaurants to enjoy. 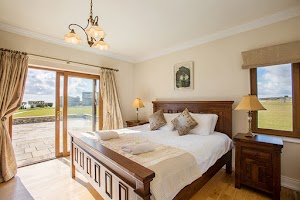